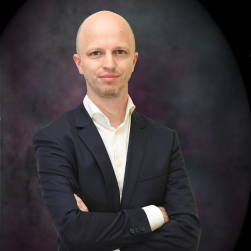 I fully understand the concern of many people since there have been some alarming news lately about mindfulness not being safe like this article published in a scientific journal.

So, is mindfulness really dangerous? No, mindfulness is not dangerous if practiced as prescribed and if you do not have a prior psychiatric condition. Much to the contrary, mindfulness is associated with a lot physical and mental health benefits.

This post will focus on the possible adverse effects of mindfulness meditation and what to do in those rare occurrences when you do experience them.

First off, let me reassure you again, the majority of people experiences only only benefits from mindfulness meditation. These benefits are varied and include better sleep, improved immune function, and in general, an improved well being.

Unfortunately, mindfulness is not advised in all situations.

Actually, that is not entirely true. Mindfulness is almost always advised when you practice under the guidance of a qualified psychologist or psychiatrist.

Mindfulness can indeed be dangerous if you practice it on you own and have some psychological problem like anxiety or depression.

Dangers of Mindfulness when depressed.

It is not that mindfulness is necessarily dangerous when you are depressed. All to the contrary, study after study finds that mindfulness (especially the MBCT program) helps patients that have recurring depression.

So why do everybody always warn against mindfulness when you have depression?

The simpe reason is that most MBSR or MBCT trainers are either not psychologists, or take on a variety of clients in their groups.

This is to the detriment of patients with depression as they might see everybody have great results and they themselves not. This might strengthen their feelings of unworthiness.

So if you have a depression, I would recommend finding an MBCT program run by a psychologist, or finding a psychiatrist that also teaches mindfulness. They will be able to guide you through the exercises and keep a close eye on your well being. Something that cannot be accomplished in a regular MBCT group.

Can mindfulness be dangerous if you are not depressed?

Unfortunately, even if not depressed, you could experience some adverse effect from mindfulness.

A recent study found that up to 25% of people that reported to them experienced some transient adverse effects from practicing mindfulness.

Although this number is high, a few things should be kept in mind:

It is also interesting to note that traditional Buddhist text also acknowledge the possibility of adverse effects when practicing meditation.

There, they are sometimes called nyam and are transient somatic effects that can be both positive or negative. The advice given here is also to consult with a qualified teacher.

What to do when you experience negative effects in meditation?

The very first thing you should do is to reduce the amount of practice you do.

As the likeliness of adverse effects increases with more meditation, reducing the amount of meditation time will decrease the negative effects almost immediately.

Once the negative effect have subsided, you can then again increase the amount of time spent in meditation. It might even be needed to stop your practice altogether for some time. Just to give your body and mind some time to recover.

However, if this does not solve your problem, you really need to consult with a qualified teacher. And also a psychologist.

There are people that unfortunately get severe panic attacks from doing extended periods of meditation.

I would recommend seeking out a psychologist that has experience with mindfulness as it is difficult to treat a problem that you are not familiar with. They might try to talk you out of meditation not because it is best for you, but out of a lack of understanding of what is really happening.

Why do these negative effects occur when meditating?

The traditional view is that your are experiencing these because you are dredging, and at the same time cleansing, your subconscious mind.

You are bringing forth what was already there. Meditation only brings them forth a little sooner.

The good part of this is that although meditation brings forth the problem, it is also the cure for the problem. So continuing with a lower pace will generally solve the issue.

Here are two lists of possible ‘transient effects’ in meditation.

The first one contains only negative effects since that was what the researchers were looking for. The list was compiled from an online questionaire

The second one is a list of nyam as described by Alan Wallace in his book “The attention revolution“. This is a book coming from a Buddhist background, but Alan Wallace has also studied physics and has a degree in comparative religion. So he understand the western mind very well and in this book he outlines the different step of meditative quiescence. I highly recommend this book.

The items in this list are believed to all be signs of progress when you do a lot of meditation. When they arrive form sustained long practices, they show that the practitioner is heading in the correct direction. These are effect you might encounter when you go on a longer retreat with many hours of meditation per day.

I also occasionally experience the negative effects of meditation.

Whenever I start to intensify my practice I start to feel ill. I do not get ill though, it is all psychosomatic.

I have shivers and a general uneasiness.

In the past I solved this with reducing the amount of meditation time, but now that I understand it better, I just continue my practice as is. I know that it will pass soon.

What about regular psychotherapy?

So what about regular psychotherapy? Do they also have negative effects? Are dome people off worse after therapy than before.

Well, as it turns out, yes, regular psychotherapy has the same problems as mindfulness and meditation in general. Many people do get benefit, and some are worse of.

And the similarities do not end here. In both fields, research tends to focus more on the positive outcomes than on the negative side effects. Therefore less is known about the possible drawbacks of these interventions.

If you want to know more about the possible side effects of psychotherapy, you can read this article or this paper.

I hope I was able to convince you that, yes, you can experience negative effect during meditation, but they are transient and most of them are very mild.

Backing off on you meditation time will fix the problem in most cases.

And do not forget that they are a sign of progress. But do not stay with them for too long. If they do not go away in a week or two, you should consult a skilled meditation teacher or a psychologist.

If you liked this article, please let me know in the comments, or let google know you liked my page by checking out one of the other posts on my site (see a small smaple below)

You would really help me out by doing this and it will be much appreciated! How Exactly Can You Know If You Are Meditating Correctly What Type of Meditation is Best For Me: an Integral Guide